There was a glimmer of hope for young people this week, when the latest quarterly youth unemployment figures showed the first fall since last summer. The new government had inherited a trend of monthly falls in youth unemployment following the peak of the recession in 2009, and had reversed that trend.  And this week they quietly published reports vindicating the actions taken by the Labour government to minimise the unemployment impacts of the global recession. 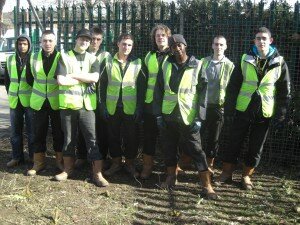 When I took over as Employment Minister in 2009 I was told by civil servants that there was nothing we could do about unemployment topping three million and youth unemployment topping one million within a year.  Apparently history of the recessions of the eighties and nineties taught us that employment growth always lags behind economic growth, and that growing both together was impossible.

Gordon Brown, Yvette Cooper and I were determined to do all we could to prevent history repeating itself.  For us unemployment was not “a price worth paying”.  Long term worklessness from the previous Tory recessions was still a problem we were battling with and we weren’t going to repeat the same mistakes of just waiting for private sector jobs growth.

Labour’s response was the Future Jobs Fund, an expansion of apprenticeships, and a guarantee of a place in education for those that wanted it.  This was all packaged together as Backing Young Britain to galvanise the country to provide jobs, work experience and training for young people.  Together, working with local councils and the voluntary sector, we pulled off the seemingly impossible in trying to prevent the worst ravages of the recession.

Our action worked and we thought we had a political consensus.  That consensus held on apprenticeships, and it was great to see the Office for National Statistics announce this week that an additional 40,000 people started apprenticeships during our last year in office.  Governments like to announce funding for ever more apprenticeships but the tough job is finding employers willing to take them on, so achieving more starts is great news.

During last year’s election campaign Cameron also visited Liverpool and heaped praise on the Future Jobs Fund.  It was therefore a huge blow when the new Government cancelled the FJF.

Recently Iain Duncan Smith provoked outrage by writing off FJF as being unsustainable because it only created expensive public sector jobs.  This was untrue.  The first FJF worker was a young man called Patrick who got a job on a farm in Wiltshire. It was also a huge insult to the many local government workers providing crucial services in schools, children’s services, libraries, adult care and so on, who will have enjoyed giving young people a chance through the FJF.  It also provoked howls of protest from the voluntary sector led by ACEVO who had also contributed so much through the programme.

It was therefore most satisfying to read the evaluation released this week by the DWP of the Future Jobs Fund. Many participants said it  “had been to such a high standard, that they could not think of any improvements”.  It said “almost all participants reported an increase in their skill set as a result of their participation in FJF, with many participants gaining transferable skills, such as interpersonal skills, customer service skills and IT skills.” Whilst it’s participants weren’t quite as successful in staying in work beyond the 6 months of the FJF job as those who got other jobs, half of them did stay off benefits thanks to the opportunity we gave them.

The ingredients mustn’t be forgotten.  The unemployed want a job not a scheme.  Most want to work but can’t get a job because they aren’t already working and have little on their CV. Instead of spending money on benefits, spend it on giving them a job offering a benefit to the local community.  And don’t run it centrally, make it easy for local councils and voluntary organisations to apply so you maximise local flexibility. Bring together government with people helping each other on the ground.  You could even call it the Big Society.

One Response to Come back Future Jobs Fund, all is forgiven: Lord Jim Knight