Government regeneration policy must face up to the challenges: Neil McInroy

I was being polite when I described the government’s Regeneration and Growth White Paper as ‘weak and disappointing’ when I gave evidence to the Select Committee last week. I fully support a need to rethink regeneration. Even in the economic good times, regeneration failed too many places.  However, the document is unsure of itself, and it betrays government thinking which is perhaps caught between conscience, economic wishful thinking and saving money.  A proper approach to regeneration needs to face up to harsh realities and be much clearer about the route forward. 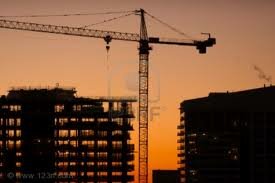 The document is straining to do something for the good of the country.  It knows huge areas of England have failing markets and are disadvantaged, and that, despite years of effort and money, regeneration activity has just not reached a point where it can demonstrate enduring and positive change.  The document sees the solution to these problems as being centred around economic growth.  Furthermore, the market is seen as solution which, if left to ‘do its thing’, will sort the place out.

Thus beyond the big ticket infrastructural activities, there is a view that we just require small regeneration ‘nudges’ and there is no need for significant local regeneration activity, strategy, or partnership.  Indeed, the document is underpinned by a view that any significant activity is predicated on unaffordable amounts of public resources, pointlessly massaging an already failing market.  The Government gives us no alternative strategy, vision or promise beyond platitudes, austerity and cuts.

An alternative would be to acknowledge and face up to a reality which recognises that in some locations fundamental market failure is the problem, not failing markets.  It’s a truism, but a market economy will serve some places badly.  Around the world, governments of market economies know that there will be gross ‘spatial disequilbria’, where the levels of social, cultural and economic differences will be unacceptable.  Market forces on their own are inevitably just too slow, and/or too inefficient, to deal with inevitable change and the problems change creates.

The badly needed alternative regeneration scenario is one with fewer public resources, but which acknowledges this market failure and is prepared to act and intervene to free up, speed up and support market processes when they are too slow or spatially biased.  Accepting this does mean acknowledging that the central state has some redistributive role. However, it does not necessary follow that we spend huge amounts of money on projects and programmes, as the document wrongly presumes.

My own organisation, the Centre for Local Economic Strategies (CLES), suggests that places which may be in decline, still have a huge set of assets and valuable local capital; human, social, public, financial and environmental. The future strategy for regeneration is about accepting this reality and connecting up these assets in local places.  Past regeneration successes did a bit of this.  It was then partnerships of various actors, lubricated by public funds.  We urgently, need to return to the principle of networks and connections between local assets, but do it better and with less money.

The alternative is terminal decline in some places and unacceptable levels of place inequality.  This is not the England we want. We at the Centre for Local Economic Strategies (CLES), espouse a regeneration which connects growth with social justice and working within environmental limits.

This is achieved through place stewardship, led by local government.  It includes, networks and activities which underscore place regeneration as a policy objective and prioritises alternative local models for exploring the combination of these place based assets. We call, this place resilience, but it’s regeneration. It’s the future!