Government regeneration policy must face up to the challenges: Neil McInroy Come back Future Jobs Fund, all is forgiven: Lord Jim Knight

Networks are the key to local community empowerment: Thomas Neumark 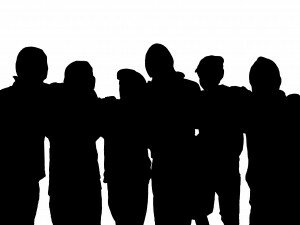 The problem is that the focus seems to be disproportionately on traditional methods of getting people involved directly in their local public services. This could be through anything from feedback forms, to forums for service users, to local assemblies.

JRF’s research has found that those citizens who get involved in this way are routinely ignored or disparaged for being ‘the usual suspects’ (sometimes more politely called ‘the civic core’). According to MORI’s polling, they are all too aware that they are not being listened to, and they resent that.

If this is the offer that local authorities are making to their residents it’s hardly a surprise that only 5% of us express even a nominal interest in becoming more involved in the delivery of public services.

In our recent report we argue that the quality of people’s social networks is far more important in feeling able to change things in our area than the number of people attending ward forums. If we have larger or more varied networks then we have more resources to draw upon when we want to change things in our local area. If we have thinner or less varied networks then we might not know who to turn to for advice or support when push comes to shove.

This does not mean that there is no role for Local Authorities in promoting community empowerment. Two implications spring to mind;

1.    The need to understand and support those places, institutions and activities that currently build people’s social networks. This could be the local café, sports team, school gate, friendly lollypop lady or any other number of local characters. As we showed in an earlier report they are often not the places that local authorities assume.

2.    Pay particular attention to supporting those institutions that build the social networks of those who are currently isolated, for example those who are long term unemployed or retired or house bound (JRF’s work on this topic is particularly interesting).

As the old saying goes ‘it’s not what you know, it’s who you know’. At present that means that the best connected people are those who are most able to influence Local Authorities (and others) and are the most empowered. It does not have to be this way. Local Authorities can and should help the most isolated to grow their local connections and thus have a great ability to shape their local neighbourhoods and services.

Thomas Neumark is Associate Director of the Connected Communities project at the RSA.