POWER TO THE PEOPLE – Labour localism in Durham, Cllr Simon Henig Pickles in no mood to listen to the North East: Cllr Iain Malcolm 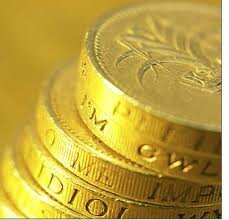 The Government is currently reviewing the way local government is resourced, looking specifically at options for re-localising business rate revenue so councils have an incentive to grow their business base.   It has stated that one of the principles guiding the review is ‘fairness’.

So, putting aside the question of whether councils really need incentives to support the economic wellbeing of their communities, will re-localising business rates be fair?

Just desert is a key element of fairness.  This means if a council is to be rewarded by keeping extra revenue that results from increased business rates, the level of reward should be proportionate to the effort they have put in.  And here’s where it gets tricky.

The most important factor influencing a council’s business rate take – and its capacity to raise more revenue – is location.  If a local authority is home to a national asset, such as the Palace of Westminster, a world heritage site or the centre of the financial services industry, it will have to work less hard to see business rates increase compared to an authority in a declining former industrial area, or a primarily suburban area.  Indeed, some local authorities will have to work extremely hard just to prevent their business base from shrinking.

It would not be fair for the luck of location to be a major factor influencing the level of resources available to a council.

For many progressives, fairness is also about equalising resources so all councils have the means to meet the needs of their citizens.  IPPR North’s research demonstrates that a straight re-localisation of business rates would leave many areas with revenue falling far short of what is needed to meet the needs of their population – by as much as £726 per head in Hackney.

But this is not to say that progressive councils should reject the re-localisation of business rates out of hand.

Our current system of resourcing local government leaves local authorities too dependent on central government, with around 75% of their funding coming by this route.  The dangers of this dependency were amply demonstrated in the last local government funding settlement.  Local authorities wanting to cushion their citizens from the effect of cuts, or to spread cuts over a longer time period, had very few options available to them to do this.

Real localism requires councils to be able to raise more of their own revenue, giving them power to pursue their priorities.

To this end, IPPR North would like to see councils responsible for raising around half of their revenue.  Some form of re-localised business rates will have a part to play here, but perhaps the level of reward should be decided based on the historic trajectory of a council’s business rate revenue, rather than leaving it up to the luck of location.

This increased autonomy must go hand in hand with a simple and transparent redistributive mechanism, exercised at arms length from politicians.

Without adequate resource equalisation, councils in some parts of the country will be unable to meet the needs of their citizens, no matter how much effort they put into growing their business base.  This is a message the Government’s review needs to hear loud and clear.

Katie Schmuecker is a Senior Research Fellow at IPPR North