Last week, people power came to Stanley, County Durham. On a Saturday morning, hundreds of local residents queued, not in an election, not to oppose a planning application, but to cast their votes on how to spend £100,000 of public money in their local area.

This was just the latest milestone in a journey which started in the summer of 2008 following an election and the formation of the new unitary council for Durham, the only one of the nine new unitaries to be Labour-controlled. 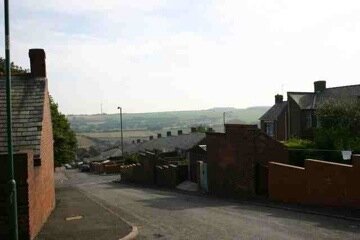 Stanley, County Durham, where the public voted on how to spend almost the entire local budget

With few concrete plans on how the new structures would run, but a strong political drive to involve local people far more than had been done in the past, residents were immediately given a vote on what to call their new council and consulted on the geography of their new ‘area action partnerships’. Technical maybe, but in the face of some scepticism from political opponents, more than 1,500 people across Durham came out to meetings – in July and August. Agreement on where boundaries should be drawn was reached around tables, everyone given an equal voice in decisions which would affect them.

A few months later, local people met again to launch their new partnerships and agree their local priorities. Those hoping for a fall-off in participation were disappointed – the chance to vote again attracted thousands of people. There were also surprises as activities for young people regularly came out on top, rather than issues connected with the environment, health or crime.

In the meantime, fourteen area boards were created who were to meet on a more regular basis, but with a difference. Instead of traditional partnership structures dominated by the usual suspects, board places were shared equally between councillors, partner organisations and members of the public, which meant that some elected members (including the council leader) would not even have a vote. The boards would each be given a budget of £150,000 a year to spend on the agreed local priorities, with further scrutiny over councillors’ £25,000 member initiative funds – a devolved total in excess of £5 million per year, entirely funded from the savings made by local government reorganisation, spent by local people on local priorities.

If anyone expected the early interest in Durham’s area action partnership to wane, then they were wrong. After two years the partnerships are thriving, some board meetings are still attracting twenty or thirty members of the public as well as voting members (which is rarely the case at any formal council meeting) and in one partnership in Chester-le-Street, a special event attracted more than 200 young people to vote on their priorities – a mobile cinema and local rock concert came out on top, both of which were duly delivered.

Just as we were wondering how we could possibly take this a step further, the partnership board in Stanley took the brave and landmark decision to effectively hand over most of their annual budget to a public vote. Local groups were encouraged to submit bids and hold a market stall to advertise them. Local people were then asked to come along to the local leisure centre to view the thirty-plus stalls and vote. In a traditionally low turnout area in formal elections, 300 were optimistically hoped for, 500 ballot papers printed. In the event, more than 800 came.

Apart from the need for emergency ballot papers, what does this tell us? First, that sometimes those in power need to let go and share decision-making power in order to encourage local participation. Second, that stripping out the bureaucracy which surrounds us and concentrating on local issues might even attract people to lengthy meetings. But most importantly, that if local people are given a genuine opportunity to determine decisions in their own area, they will respond. This is Labour localism in action, not the coalition version of a few individuals wading through council accounts and then writing to the paper to complain about some trifling item of expenditure, but real engagement, local people taking the opportunity to participate in making decisions and helping shape the future of their communities.