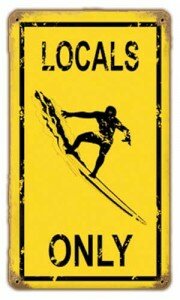 With the Localism Bill in the Lords this week it seemed a good time to ask what Labour’s view of localism is.

Back when David Miliband was secretary of state for Communities & Local Government he developed the rather wonkish sounding concept of ‘Double Devolution’. He never got time to add the meat to the policy and subsequent Labour secretaries of state approach the issue of local involvement in different ways. We never really had a holistic policy of how to involve local people and communities in decisions or services.

When the Tories started talking about localism in the general election campaign, it seemed little more than the usual populist ‘more power to more people’ mantra that many parties spout when the election pressure is on and drop when the counts are in. But they’ve fleshed it out in to a full-on bill.

The interesting thing to me is the bill doesn’t seem to recognise that local people are already involved in running local services and making local decisions in myriad ways. It actually presents a very cynical view of how councils, or indeed how the police, health and others deliver their services. I’m not pretending they’re perfect but surely a start for any reform should be where you are now.

Quite apart from local councillors also being local people (really, we are), other people are involved in all sorts of ways. School governors, safer neighbourhood panels, hospital governing bodies, people are trustees or directors of organisations that deliver local services. There are conservation area committees and residents associations that also have a huge impact on their areas. This existing lay of the land should be the jumping off point for any party’s future localist policy.

I believe that decisions should be made and services should be delivered at the closest level to the community they serve that they can be. But this opens up a very complex serious of questions about whose priorities and where they should be delivered – or what is as local as possible. And at the moment Labour doesn’t have an answer.

It may for example be un-contentious to say that a national body should be responsible for maintaining the motorway network. But that isn’t necessarily the case each time a new stretch or widening is proposed.

At the other end of the scale, people instinctively don’t like ‘postcode lotteries’. In Camden parents receive 25 hours of free nursery care and some will continue to after our cuts, but barely any other parents in the country do. Some PCTs offer free IVF others don’t – it’s not popular as a principle. But often there are actually good reasons. The demography of Camden is very different to other areas of the country, our services reflect that. With IVF it’s often less easy for the public to see a rationale for what’s funded and what’s not in different areas.

And at the micro decision level, if there’s a site on my street that could be developed and half of my neighbours want it to be used for a new park and the other half want it used for housing, who decides? And how local is local, is it only me and my neighbours on my street that decide? What about the surrounding streets who might also have competing needs for a park or housing – or a third, or fourth potential use?

I ask all these questions because the Tories’ Localism Bill is pretty destructive to the current structures of local government and local decision making. It pulls councils and communities in all sorts of new directions. Centralising some powers and by-passing existing local government structures straight to neighbourhoods. It has no view of what the future role of local government or local councillors is. We could be being pushed to a world where councillors are little more than the arbiters of neighbourhood planning disputes like the park vs housing scenario above – with strategic planning decisions like HS2 taken way above our heads, by, in London, the Mayor or national government.

So what should Labour’s response be? Looking round local government there’s a number of views in the Labour councillor community. Perhaps most pronounced is Lambeth’s co-operative council model – where many of their services will be delivered at community level with infrastructure and professional support from the council. But this is just one view.

For all that councils deliver hundreds of services, they currently have only limited input on high profile local services like policing or healthcare, and the Government’s education policy is pushing schools out of local political control too. When budgets and funds are set nationally there are always going to be limits on the flexibility councils or communities have.

New elected police commissioners could create added political tension given councils have overlapping community safety responsibilities. I think this in turn could actually further alienate rather than empower local communities if the dividing lines of power and influence aren’t clearly set.

I don’t have all the answers, but I think Labour should start from looking at what decisions and what services can be delivered at the lowest neighbourhood level. Including looking at where budgets can be given to local communities for some services. In Camden we’re about to do this with one of our markets and are hopeful that this will provide a blueprint for our other markets. But we’re also looking at maintaining direct delivery of some core services. Where should the red lines be drawn for Labour? And should they be for Labour or for each Labour borough to draw?

What’s clear is that on the face of it the idea of being more involved in running services and making decisions is very attractive to many people who are active in their communities but not active in politics. And in this, the Tories are on to something. If Labour doesn’t have an effective social democratic response we’re going to be left behind looking irrelevant to the communities that we as councillors are meant to serve.

Cllr. Sarah Hayward is Cabinet Member for Communities, Regeneration and Equalities in the London Borough of Camden

One Response to What is Labour localism? Cllr Sarah Hayward