What local government can do for Labour: Sam Elliot 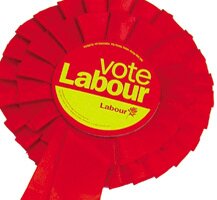 The Labour Party is not the natural home of big ideas about local democracy. At best the concept has been outsourced to successive (often very different) CLG ministries, at worst it has been actively shunned to enforce strategic control and avoid the perceived consequences of the ‘postcode lottery’.

When it does so the Labour Party not only squanders a huge resource of talented, energetic local councillors and leaders, but also ignores the benefits of ensuring decision-making is made at the lowest possible democratic level. Labour councillors rooted in the heart of their communities shape solutions tailored for their areas and use their democratic legitimacy to work with and influence wider public services. Government is, by and large, cheaper, more efficient and more relevant the more local it is.

Right now, a lack of concern for local government also means shirking one of the central debates currently taking place in Government. The approach of the current government should cause concern for all those who believe in strong local democratic institutions. Pickles made clear in a Newsnight altercation with Nottingham’s Deputy Leader Graham Chapman that localism for them is not really about local councils. Their localism is about disparate neighbourhood planning forums, armchair auditors and street parties. The boundaries of their local democratic units are the fences of people’s back yards. Meanwhile, as local democratic accountability is weakened, so Whitehall as a whole follows suit, promoting the fragmentation of local public services through vehicles like free schools and GP consortia, and in doing so putting them far beyond the reach of local democracy. This isn’t just an academic argument about locuses of power – there is a real danger that influence over public services will become the preserve of sharp-elbowed sectional interests rather than something the whole community can participate in.

Most insidious of all, whilst undermining the power and influence of local councils, ministers and SpAds launch public attacks on existing local government structures. CLG and the media, through every story of waste, councillor expenses and away days, are, intentionally or not, collaborating in a co-ordinated hit on the reputation of local government as an institution. And as local government falls in stock, so the danger of a talent drain in local public service arises, with talented officers and politicians seeking their fortune elsewhere. Tory council-leaders and chief executives will only whisper it in the margins but the rhetoric in the media promoted by Pickles and Shapps is deeply damaging to the future of local government.

The Labour Party should therefore be the voice of all those concerned about the future of local democracy. We should be the ones who stand up for strong, independent local government as a democratically accountable guarantor of local public services. We don’t even have to be in power nationally to do it. If Labour put local government at the heart of party policy right now then that would be a vote of confidence that would galvanise Labour councillors and candidates and make every local authority area a battle ground. Re-energising the local political arena is the first step to rebuilding the sector’s reputation as a whole. There are also measures the party can take to directly combat the talent drain in local council candidates through the Refounding Labour process, by looking anew at council selections, overcoming the barriers to standing, and gearing local party structures to the creation of a strong local Labour councillor base.

Then in the party’s manifesto, it should go further. It should guarantee independence for local government through a codification of its constitutional role, as Graham Allen MP has argued. That must be accompanied by giving councils the means to be in control of their own financial destinies. This is a complex challenge that the present Local Government Resource Review does not appear adequate to meet. Giving councils the freedom to raise more of their own revenue whilst ensuring those authority areas with low tax or business rate bases are adequately resourced requires nothing less than a major remodelling of the taxation system. Nonetheless we should be brave enough to put the mechanisms in place to put local government on its own financial and constitutional footing.

By creating a stronger, independent local government, we then have the instrument to respond to this government’s fragmentation of the public sector. Councils will be given the powers and status to be a strategic and accountable force for ensuring that all services in a local area meet the needs and aspirations of their residents, whether that be through Health and Wellbeing Boards influencing the work of the NHS, or a local authority playing a strategic role in ensuring academies and free schools meet local needs for schools places.

Inevitably this raises the stakes of local politics. It means Labour needs to be comfortable with ‘the postcode lottery’, with distinctive types of provision and different policies for different areas. Bluntly this means being comfortable with theTories winning in many parts of the country. This, though, is perhaps one final political imperative for being the party of local government. To achieve our vision for society it will not be enough to tip the balance in the handful of constituencies required for a Parliamentary majority. It will require an active, campaigning Labour Party in every local authority area in the country. This is a political challenge that has the potential to make us a stronger party and, eventually, a better government.

Sam Elliot is Political Adviser to the Labour Group at London Councils.

He writes in a personal capacity and blogs at An Unnecessary Role.

3 Responses to What local government can do for Labour: Sam Elliot