Building alliances between progressive localists and the VCS: John Tizard This Coalition is eroding the role of local government: Cllr Charlotte MacKenzie

Caution! This fundamental shift from need to economic ability must be thought through: Cllr Steve Houghton 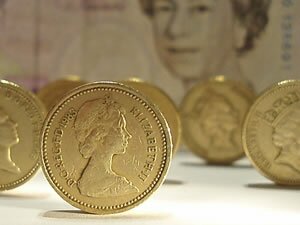 To date, the move to relocalise the Business Rates has been met by many with enthusiasm but worryingly without fully understanding the real potential consequences that may be delivered.

However, as the Government’s proposals become somewhat clearer that initial enthusiasm is becoming for many a nervousness around what the impact will be across individual authorities. What people saw as merely a new source of funding, will see a major shift in the total system for funding local government

We will lose a system that provided resources based on the needs of individual communities to one that will, going forward, rely on an areas ability to generate business rates through physical growth.

That means investment in tourism, skill and knowledge based industries will bring little return or give little incentive, whereas office blocks, sheds and supermarkets will. What will this do to the planning system?

On top of this, is the issue of Council Tax. The current system in equalising resources takes the Council Tax base into account. The proposed system as yet does not, giving prosperous places with high business and Council Tax bases a double advantage and a double whammy for the deprived.

If it is not handled very carefully – which in itself means more complexity – then we are in real danger of achieving ‘survival of the fittest’ The recent announcement that no one will be worse off in the first year (apart from those that currently do not receive all they are entitled to through damping) but then ‘are on their own’ gives me little comfort that we are not sleepwalking into a future post code lottery for vital services.

Unfettered the current proposals could see first year increases in total resources range from some 5% to 23% based on everyone putting up council tax and growing business rates by 2.5%. This gap has the potential to wider even further with increases ranging from 20% up to 91% over the first 4 years.

Clearly given the recognised limited ability for local councils to influence major growth those areas currently more prosperous on account of where they are, will see greater benefits that those struggling to grow traditionally weaker economies.

The greatest concerns must however be in relation to risk based services such as police, fire and children’s and adult social care. If we accept a system that only provides resources through economic growth activities and takes no account of increasing needs of our most vulnerable, how will we be able to explain as a country that for many, those services will only be available in areas of prosperity where people could afford to pay anyway!

Let’s take a step back and think this through.

One Response to Caution! This fundamental shift from need to economic ability must be thought through: Cllr Steve Houghton