This Coalition is eroding the role of local government: Cllr Charlotte MacKenzie The common endeavour of the Co-operative Councils: Cllr Paul Brant, Liverpool 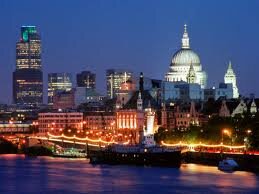 The Localism Bill contains a range of measures and initiatives that will impact significantly on planning, housing and economic development across the country. Indeed, at a recent Future of London seminar, a Department of Communities and Local Government official was clear that in his view, the Localism Agenda represents “…a significant statement of intent to fundamentally change how we conceive of, and implement, strategic planning and development across the country”.

Predicting the impact of such an extensive package of reforms is not an easy task, and becomes even more difficult when you consider the implementation of these reforms in the Capital. London is unique in the context of these reforms as, unlike the rest of England, it already has a Mayor and a strong regional tier, which far from being dismantled by the Coalition Government, has been strengthened since 2010. Through the absorption of the London Development Agency and London Homes and Communities Agency, the creation of a pan-London Local Enterprise Partnership (as opposed to progressing a number of sub-regional proposals), and the creation of new Mayoral Development Corporations that have taken over previously independent sub-regional bodies, the Greater London Authority is more powerful than at any point since its creation.

London also has an abundance of local government structures. There are 32 London Boroughs (plus the City of London), each with separate planning, education and health functions, and each currently facing significant budget cuts together with growing pressures on key services. Some sharing of services and functions across Borough boundaries has taken place, but only on an ad hoc basis. The skills, capacity and appetite that Boroughs have to engage with the Localism Agenda, inevitably varies across London.

Finally, London is host to a dense and complicated array of neighbourhood, community, and voluntary organisations, many of which operate at a very small scale, and some of which are transient and subject to frequent change. This presents a number of practical issues around how you identify and empower such groups, and what checks and balances can be put in place to ensure local accountability.

Because these bigger issues will take some time to resolve, there is an even greater need for all tiers of London Government and their partners to start preparing for this shift now – something which many in the Capital are already doing. To support this activity, Future of London will soon be formerly launching a new workstream looking at the practical implications of the Localism Agenda in London. We’ll be working with our members and other practitioners from across the Capital to draw together case studies and emerging examples of best practice in the context of the measures outlined in the Localism Bill, as well as assessing the true impact of reforms on how we do development and democracy in London. 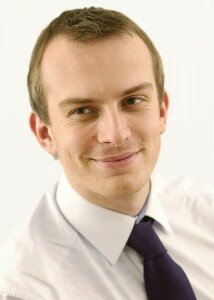 Ben Harrison is the Director of Future of London

Future of London is a community of regeneration practitioners focused on the big challenges facing the Capital. For more information, visit www.futureoflondon.org.uk