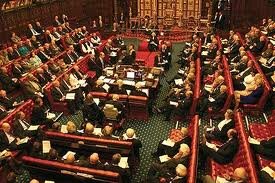 The much vaunted Localism Bill purporting to renew local democracy runs to 430 pages and 215 clauses,with 111 pages of explanatory notes. It weighs 2lbs 10 ozs, and the impact assessment weighs 8lbs 13ozs. It contains around 145 new powers for the Secretary of State and contains such prescriptive duties as the compulsory holding of mayoral referendums in eleven cities, with perhaps more to come, compulsory referendums on council tax rises deemed excessive by the government, and, ludicrously, a ban on charge and reward waste schemes – a long-standing obsession of Eric Pickles.

In addition the Bill provides for non-binding local referendums to be triggered with minimal local support, including referendums on local plans drawn up by neighbourhood forums which might consist of only 21, originally just 3, residents, and a community right to challenge for the provision of local services, which will extend to two or  more employees of the local authority.

The Government appears to believe in a hitherto undetected wish on the part of the population to engage constantly in trips to the ballot box to elect mayors and police commissioners, or participate in referendums. Interestingly, turn out in mayoral referendums and elections does not suggest that they arouse more interest than conventional council elections, and it is striking that relatively few mayoral referendums have been requisitioned by the mere 5% required to trigger them, and many of those rejected the idea.

There is little evidence of communities wishing to run major services, though in a mixed economy of provision there is certainly a place for voluntary and community bodies, especially in relation to very local facilities. There is, however a question of the impact of EU procurement and competition requirements and the danger of the private sector moving in.

Planning and housing proposals are also highly contentious, and the underlying ideology is clearly one of diminishing the role of representative local democracy, encapsulated in the abolition of the duty to promote it.

Lord Jeremy Beecham is an Opposition Spokesman for Communities and Local Government in the House of Lords, former Chair of the LGA and a councillor for Newcastle City Council