Caution! This fundamental shift from need to economic ability must be thought through: Cllr Steve Houghton Localism in London: Ben Harrison, Future of London

This Coalition is eroding the role of local government: Cllr Charlotte MacKenzie

The recent ProgLoc articles by Graham Allen MP and by Sam Elliot made interesting reading.

As a Councillor, I will be happy to help my community take up opportunities within the Localism Bill – not least, the possibility of neighbourhood plans approved by a local referendum becoming part of the statutory planning framework.

But we should not mistake the ways in which the role of local government is being eroded by the Coalition Government, as surely as it was in the 1980s. Funding cuts combined with academy schools are reducing and stretching shared educational services at Sure Start / children’s centres and for children with special needs. Health scrutiny powers are not preventing community hospital services being transferred to (community interest) companies and, in due course, opened to private sector competition. Despite the fact that a company contracted for schools maintenance in Cornwall went bust, the Tory and Independent led coalition at Cornwall Council want it to become a “commissioning authority” with more services contracted out, weakening local democratic accountability.

In contrast – and on a much smaller scale – Labour’s Business Improvement Districts, which enabled the raising of a business rates levy to support local improvements are resourcing welcome changes in the towns of Falmouth and Truro. To strengthen local economies as well as local democratic accountability, I would like to see Labour, like some other European countries, make business rates a source of local rather than national revenue.

It isn’t only cities that need dynamic economies. The coalition government is cancelling funding and causing other delays for transport infrastructure investment such as a new Scillies ferry link, Falmouth docks masterplan, and sustainable local transport initiatives such as park and rail rides. Economic development, transport, housing and IT infrastructure need strategic leadership at the level of local government across the UK, including the rural south and Cornwall. The economic hubs of the future must not be confined to “city regions”. 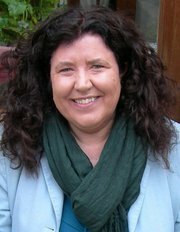