Politics and Public Health – do they mix? Dave Roberts Shapps’ Housing Strategy Is No Strategy At All: Tony Clements 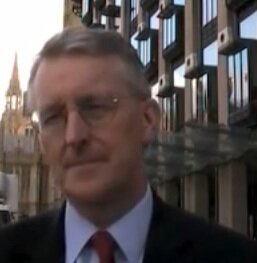 He spoke of how local government is going through a really tough time – and how the cuts are unfair and impacting disproportionately on the most deprived areas. He said Pickles talks a great deal about localism but in reality this simply means passing on responsibility for the cuts to councils.

But he also highlighted that Labour councils have to think about the future – there simply will not be the resources we have experienced in the past. We will have to use the innovation that local government has been famous for throughout its history to find new ways to do things.

That’s why, Hilary said, he is keen to hear from Labour councils who are thinking about how we can deliver services, meet the needs and fulfil the hopes and aspirations of citizens in the way that local government has always done. He pointed to the work being undertaken through co-operative councils as an example of this.

His previous experience as Deputy Leader of Ealing council means he knows what it is like to be in local government while in opposition nationally. But above everything else, he said, it’s the difference that local councils, working with their communities, can make to peoples lives. We see a lot of politics through the Westminster perspective, but the things local councillors do day in day out; helping to create a decent quality of life, building good neighbourhoods, and working in partnership to solve the problems – these are the great strengths of local government, he said.

His message to Labour councillors facing these challenges was ‘hang on in there, it’s tough’, but he asked that Labour councillors tell him the things they are proud of, as he is determined to stand up for local government in his role. He said there is a need to tell the story so that everyone understood why strong local government is so important to our quality of life.

He said he was looking forward to working with Labour councils around the country and that Labour in local government should be proud of what it is achieving.