Osborne’s dangerous assault on our regional economies Labour councils must recognise their most precious asset in these difficult times: Heather Wakefield

Elections are over, time to deliver: Andy Sawford 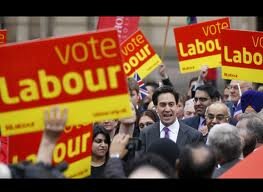 Last week I did a news interview about the significance of the local elections in Southampton.  The reporter asked me what percentage of the result is influenced by local factors. It’s a great question and it got me thinking.   Some voters will make up their minds on entirely local factors, such as the quality of key services, or the local candidate.   But watching the news coverage as the results came in, you would think its all about Westminster.   The Labour Shadow Cabinet members on the telly were saying “this swing to Labour is a verdict on the Tory led government’s failed economic policies”.   That is only part of the picture though, for some voters the elections were a verdict on the failure of their council to fix the pot holes, or in support of a local candidates local pledges.

Opposition parties can be in danger of mistaking government unpopularity for a popular endorsement of their own party.   Locally though, the public have given Labour a mandate in many areas of the country, which brings with it a huge responsibility to deliver. In Birmingham, Southampton, Cardiff, Dudley, Harlow and Glasgow, new administrations must show they can govern effectively when times are tough.  There are three key tests of this.  The first is to keep taxes and charges down – Councils shouldn’t ask people to pay more at a time when they have less.   The second is to stimulate local economies – jobs and economic recovery should be the top priority in every town and city because it is the key to everything else, including funding good services.  Third, councils must provide the best possible services by using resources efficiently, by partnering well, by connecting up local services and levering in additional resources.

On resources, councils are being squeezed in two directions.  Significant rises in council tax will not be politically acceptable to local communities or to central government.  At the same time the resources coming from government are shrinking, both because of the overall reduction in grant, and because of the reforms to local government finance, which impact some areas more than others.  The reforms are intended to “reduce dependence” on central government.  This sounds like a good thing from a localist perspective.  In practice it means moving away from the long standing approach to equalising resources.  All governments shift money around between councils using the complex local government funding formula.   The latest idea though is to increase the freedom of councils to raise resources locally, whilst at the same time reducing grant from central government.   The problem is that on average there is an inverse relationship between the needs of an area and the ability of the council to raise additional resources.  This is why stimulating local economies is a top priority not only for job creation but also services.

The new Labour administrations now taking office may have campaigned against the policies of the current government, but they must now work effectively with those policies, such as on business rates or the new homes bonus.   Similarly, they must work constructively with the government where there are opportunities to take new powers and to innovate.  The recent ‘revenue earn back’ deal between the government and Labour run Manchester City Council is a case in point.   Other changes, such as new local health arrangements and the introduction of Police and Crime Commissioners, which newly elected Councillors may have opposed, should now be seen as opportunities to shape local partnership working.   And the mother of all opportunities is the government’s self proclaimed commitment to localism.  New councils should press hard for more powers and freedom.  The government has shown they are prepared to look at new models both for service delivery and for resources, so the door is slightly ajar and needs pushing open.

Andy Sawford is chief executive of the LGiU