Elections are over, time to deliver: Andy Sawford What future for local democracy? Graeme Henderson of IPPR North

Labour councils must recognise their most precious asset in these difficult times: Heather Wakefield 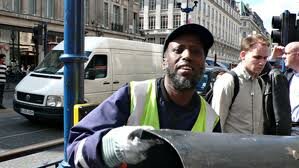 post-2010 election doldrums.  Despite the fact that the Conservatives still control 51% of councils in England compared to Labour’s 29%, expectations are high in communities across the UK  that Labour will provide an alternative to the austerity programme being pursued with such indecent haste by the Coalition government.

The results of the Coalition’s front-loaded, massive attack on councils and their employees are clear for all to see. Libraries closed, adult social care cut and harder to get, dangerous pot holes everywhere, nursery provision restricted, over 200,000 council jobs lost and local government workers’ pay cut by over 13% as a result of a three-year pay freeze. So, if Labour wants to build on its recent successes and win back more of its natural local government heartland in forthcoming local elections, it needs to do some serious thinking.

It’s gonna be tough. The worst of the cuts are yet to bite and the Coalition has more than half of its electoral term to complete. Labour has to demonstrate that it can rise to the challenge of  delivering more with much less in the short term , while developing longer-term economic  and social policies which recognise the critical role played by local government and its workforce.  Councils are key to  economic sustainability, the provision of stable local employment and the sense of belonging which results from high quality services which all groups within society can rely on and therefore ‘buy in’ to.

This tall order wont be delivered by simply calling ‘cuts’ something else – pretending that they are not cuts at all and just imposing new organisational forms and worse pay on service users and employees. It is important that mutuals and co-operatives, for example, do not become a vehicle for this. Last week UNISON branches from councils in the Labour Co-operative Councils Network met to discuss their experiences of being part of this expanding and interesting group. While it is early days, most felt that so far there was little noticeable difference between the ‘old’ ways of making cuts and the ‘co-operative’ route, but all agreed on one thing: There is a better route to change – through genuine co-operation between councils, their employees and users.

Privatisation or salami-slicing certainly wont do the trick either. There is little evidence that privatisation improves services and lots of evidence that it is a poor use of taxpayers’ money – either from huge procurement and consultancy costs, poorly defined contracts, outright fraud or overcharging. Neither will the slash and burn approach to pay and conditions which has been a feature of the Conservative’s leadership of the LGA – long before the Coalition took the reins of power in Westminster.

If Labour in local government does just one thing, it must do what thriving and innovative private sector organisations have successfully done for a very long time – recognise the knowledge and skills of the workforce (alongside ‘consumers’) and mobilise them in new partnerships to genuinely improve services and maximise scarce resources. They must also recognise the value of that precious asset through decent pay and conditions – not the ‘bargain basement’ approach of recent years. Above all, we must not lose the opportunity for a genuine re-think, More of the same just will not do.