Energy efficiency – I want it all, and I want it now: Cllr David Rose Is the Green Deal a done deal? Luke Hildyard

Localism is the future for Labour: Cllr Dave Sparks 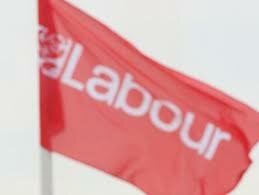 Despite the usual tactics from the Tories trying to inflate expectations for Labour’s performance in the local elections, even they were surprised by the force of our victories across the country on 3 May. We now have 824 new councillors in our ranks – people who will be passionate champions of Labour values in their communities and campaigning organisers who don’t just advocate for change, they will actually get things done for their residents. There are 33 new councils with Labour as the majority party – which means hundreds of thousands more people will now benefit from being represented by Labour.

Local gains across the country paint a wider picture of Labour’s growing strength nationally, but they are also the sum of many different local stories of success. A few examples show the diversity of experience. In Southampton Labour fought a positive campaign pledging value for money and better jobs locally, and beat a ruthless Tory administration. In Liverpool the new Mayor Joe Anderson has pledged major regeneration of the city and 5,000 new high quality and affordable homes. Labour’s ‘Team Swansea’ approach to the city chimed with voters as they committed to bring more opportunity to the city, create more of a ‘can-do’ culture and a collaborative partnership approach with business, voluntary community groups and public bodies to the benefit of local people.

In my own area of Dudley, we fought a highly devolved, ward-specific campaign which ensured that all of our candidates focused on issues of direct local relevance to residents. The margin of our victory, with 12 new councillors and overall control of the council demonstrates that local action will inspire and motivate people. In an age of increasing political apathy and outright alienation from perceived distant political elites, dynamic local activists have great potential to show people that our values can make a direct difference to their lives for the better.

Labour locally is under no illusion about the serious challenges we face. We have a Tory-led Government that is intent on destroying the fabric of our communities. The 28% cuts to council budgets (compare this with only 8% across Whitehall departments) were disproportionately spread to hit poorer areas the hardest. They were frontloaded to ensure maximum pain upfront, rather than allowing greater scope to plan for reductions over the four year spending cycle. Jobs have been lost and many services have faced reductions or cuts.  We hear stories in the media on an almost daily basis about the social care system creaking under the weight of under-funding, increasing demand and national political inertia. The human cost of global financial elite misbehaviour and toxic Tory ideological misrule is showing. Our councillors are on the frontline dealing with the effects of this.

So, we allow ourselves credit for our election successes and then we move on to the real work of delivering for our communities. One of the best features of local democracy is the short election cycles which mean local campaigners are out on the doorstep year-round talking to voters and understanding their concerns. Our minds are already focused on the next electoral challenge for Labour local government: the county elections in May 2013. In the meantime we will be continuing to show that even in these difficult financial times, under a Government that is more concerned with protecting the jobs of its ministers than normal people, Labour has the ideas and energy to meet local peoples’ concerns and change their lives for the better.